Role Mapping is created to assign roles to users based on their SAML attributes. Through this, the particular role will be applied to users once they meet the specified conditions when logging into Joomla via authentication.

This feature allows you to provide user capabilities based on their IdP attribute values.
Joomla has 8 pre-defined roles:

Your custom roles, if added any, will also be displayed in the role mapping section.
To use this feature you have to map Group coming from your IdP in the Group field. 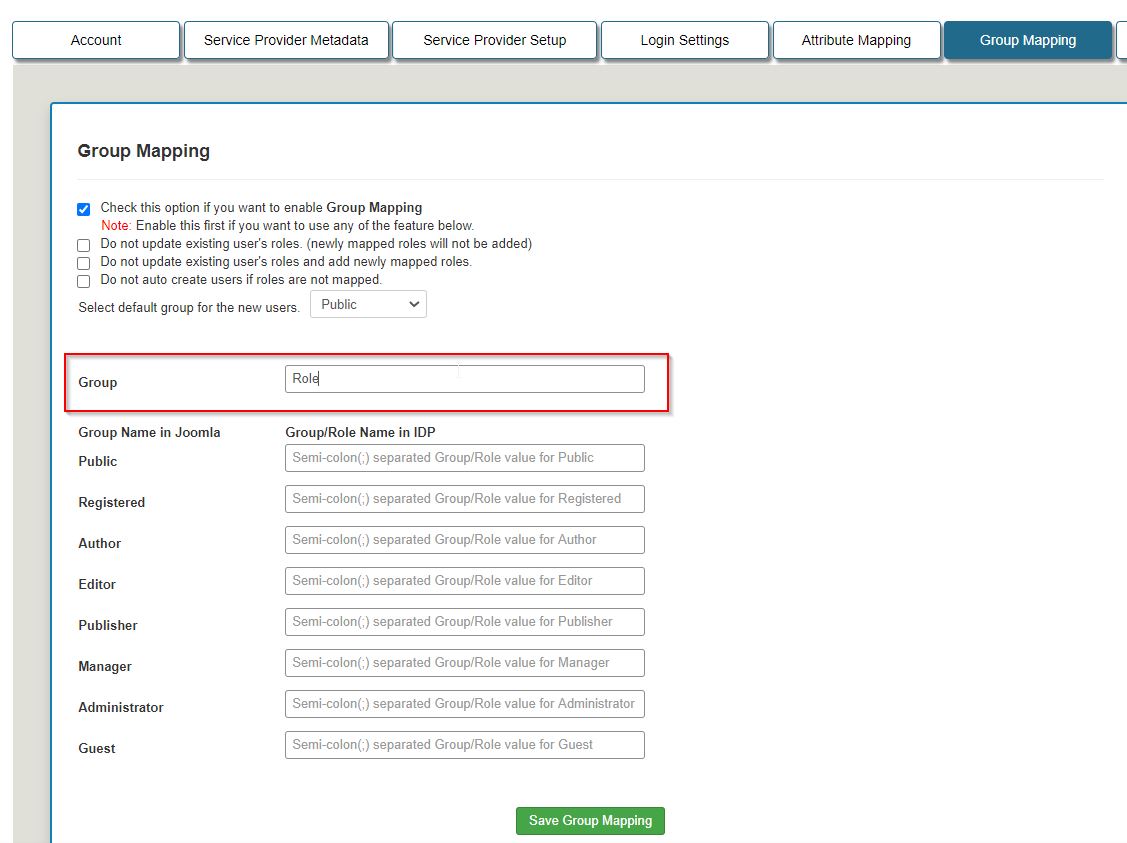 Now you can use these Role values to configure role mapping.
Let’s say we an organization “SCHOOL” and for that, we have the following groups at the IDP side – 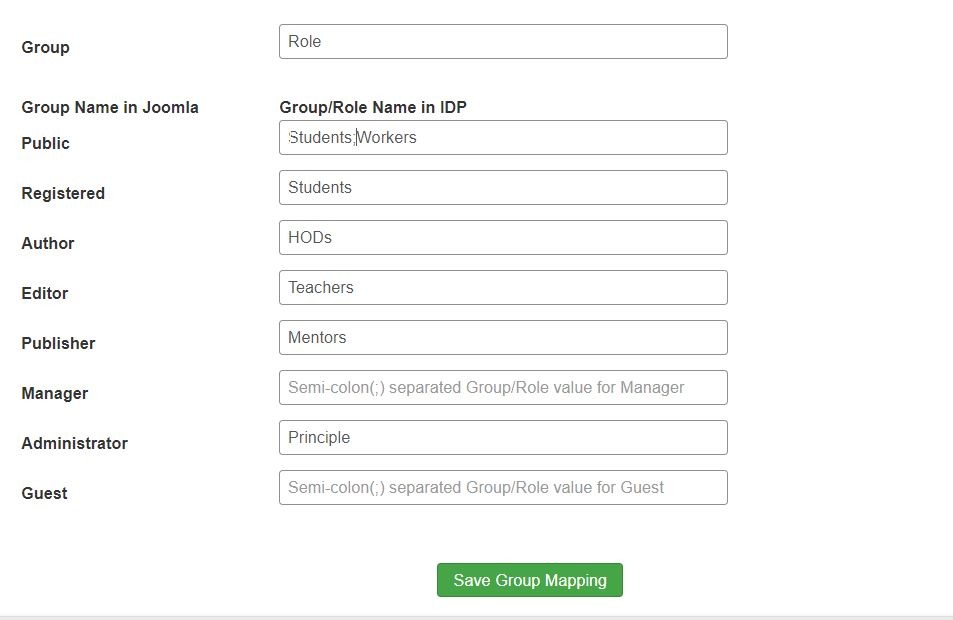 We have assigned those groups to a particular role.
We can even assign multiple groups in a single role by Semi-colon (;) separated. As we have assigned Students and Workers group to Public role.

Role Mapping has the following features:-

Yes  No
Trending searches:
Hello there!


Need Help? We are right here!

Thanks for your inquiry.

If you dont hear from us within 24 hours, please feel free to send a follow up email to info@xecurify.com

This privacy statement applies to miniorange websites describing how we handle the personal information. When you visit any website, it may store or retrieve the information on your browser, mostly in the form of the cookies. This information might be about you, your preferences or your device and is mostly used to make the site work as you expect it to. The information does not directly identify you, but it can give you a more personalized web experience. Click on the category headings to check how we handle the cookies. For the privacy statement of our solutions you can refer to the privacy policy.

These cookies only collect aggregated information about the traffic of the website including - visitors, sources, page clicks and views, etc. This allows us to know more about our most and least popular pages along with users' interaction on the actionable elements and hence letting us improve the performance of our website as well as our services.